Blessed with the varied geographical feature and rich biodiversity, several conservation sites over the years has been established in Nepal to protect and promote their natural state.

It is not always the incredible range of majestic mountains that visitors come in Nepal for; sometimes is for the admiration and exploration of the lush green forest rich wildlife and vegetation as well.

As you visit the protected areas of Nepal, you will see, they mainly covers the forest land located at various altitudes in Terai and the foothills of Himalayas and mountains. Thus, the protected areas in Nepal showcases a multitude of landscape, while conserving the vast biodiversity at the same time. 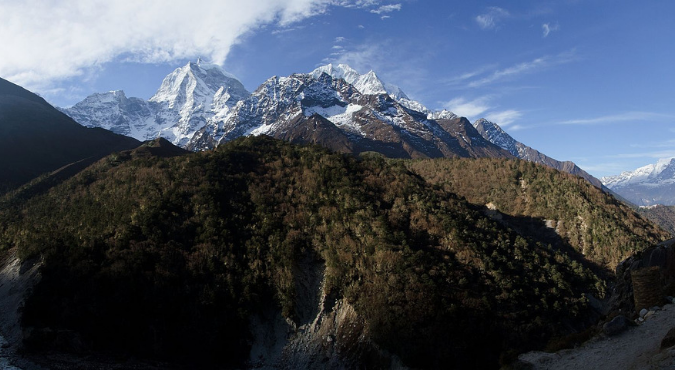 Altogether there are 12 National Parks in Nepal and various conservation areas in the different locations. And, amongst the twelve, two of them are even enlisted in as natural World Heritage Site by UNESCO and Sagarmatha National Park is one of them.

Not only does Sagarmatha National Park homes the wide variety of flora and flora, but the park is also known for something more eminent, so let find out and more.

Mainly known for the tallest mountain in the world, Everest at 8,848 meters, Sagarmatha National Park ranges from 2,845 meters to the highest in the world, covering a total area of 124,400 hectares in the Solukhumbu of Nepal.

Not only the towering one, but the park also has seven peaks over 7,000 meter, not including Everest. With the dramatic range of magnificent peaks, glaciers, deep valley and varied biodiversity, Sagarmatha National Park is a natural wonder.

Established in 1976, the park is a very popular destination for mountain tourism in Nepal. Also, the Sherpa family residing in the altitude region within the park has bolstered both natural and cultural aspect since its establishment.

With the mesmerizing and majestic snow-capped mountains of Great Himalayan Range, the range of mountains including the tallest Everest, rich and preserved culture of Sherpa; well, preserved culture and magnitude of natural array bestowed Sagarmatha National Park with the title of World Heritage Site by UNESCO in 1979.

As the popularity of the park is undeniable, the influx of tourists just keeps on scaling up; from 3,600 visitors in 1979 to over 25,000 in 2010, the immense increase of visitors has bolstered the local economy and standard of living with better health, education and infrastructure facilities.

To further contribute, Sagarmatha National Park took several initiatives over the years. Buffer Zone program was one such effort to enhance conservation in combination with the improved socio-economic status of local communities through a revenue plough back system.

Also, with the wide array of mountains in the top, Sagarmatha National Park is a major source of glaciers which provides freshwater based benefits for the people downstream. Along with the preservation and promotion of the property, the park also monitors the impact of global warming and climate change on wildlife, vegetation, and Sherpa communities.

Sagarmatha National Park showcases the rich floral and faunal diversity. The lower altitude comprises rhododendron, birch, juniper, firs, blue pines, and juniper. As you scale-up, the vegetation gets restricted to linches and mosses, and at about 5,750 meters, plants stop growing as it is the permanent snow line in the Himalayas. 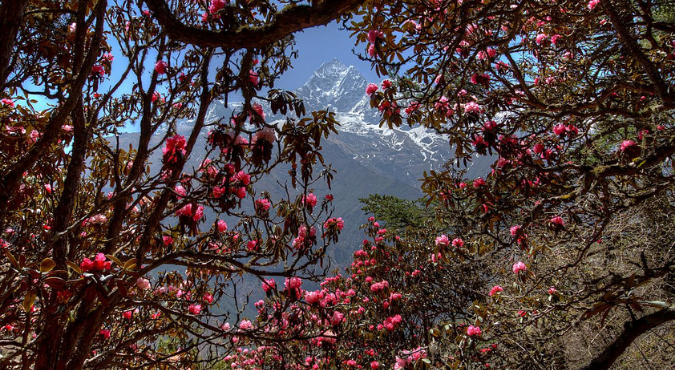 Snow leopard, musk deer, red panda, and Himalayan black bear, are some of the rare mammal species in Sagarmatha National Park.  While other wildlife includes Himalayan thars, Himalayan wolves, martens, and langur monkey. Also, the park is inhabited by at 118 species of birds including Himalayan pheasant, yellow-billed chough and blood pheasant.

Over the years, Sherpas has become an avid part of Sagarmatha National Park who has inhabited the region for the last four centuries. They are the residents of the Himalayan region who have been following their age-old traditional practice of culture and religion, including restriction of animal hunting and slaughtering. 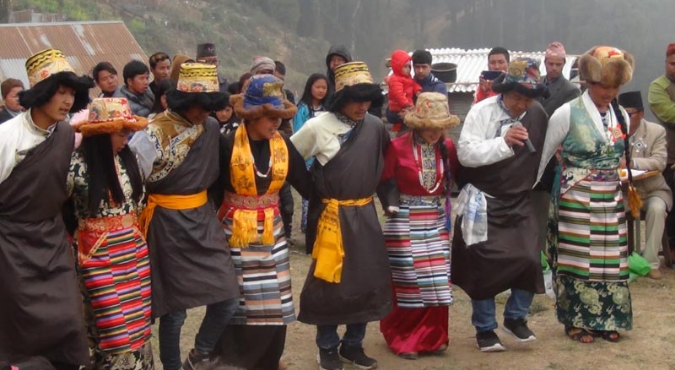 Along with their impressive mountaineering skill, these practices combine with indigenous natural resource management practices have proved to be a major contributing factor to the conservation of Sagarmatha National Park.

Although the popularity of Sagarmatha National Park is dominated by Everest, there are several other peaks which are equally sought-after by trekkers and mountaineers of Nepal.

Some of the other popular peaks within the periphery of the park includes Lhotse, Cho Oyu, Amadablam, Pumori, Thamserku, and Nuptse. Although the prime attraction might be the Everest, these mountains in the vicinity also act as the attraction of Sagarmatha National Park.

No doubt being home to the such an array of glorious mountains, Sagarmatha National Parks provides the perfect destination for trekking and mountaineering lovers. Either it is scaling-up towards the summit of Everest, or embarking on the beautiful treks, the park has it all. 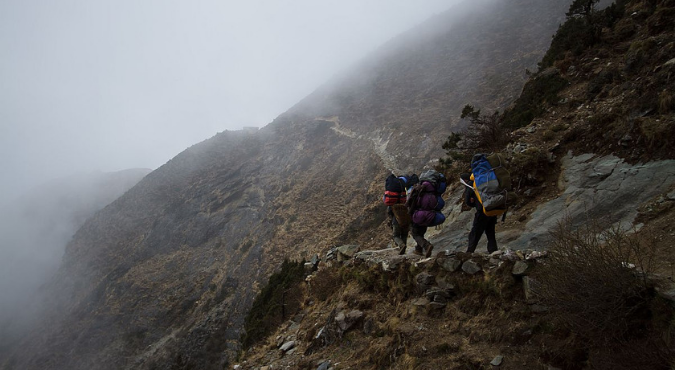 Everest Base Camp trek, Three Pass trek, and Gokyo Lake trek are some of the challenging treks perfect for adventure enthusiasts, while Everest Panorama Trek is a moderate trek.

Glaciers are one of the main attraction of Sagarmatha National Park that is formed of fallen snow that over many years, compresses into large thickened ice masses. The deep valleys of Sagarmatha National Park and the remote settlement is one of the intriguing things for the visitors of the park. Those people have been living in the distant region of Himalayas for generations following the near to medieval lifestyle. When we can hardly imagine such life, these people love their lifestyle the way it is.

As the Everest is the tallest in the world and the climate is so extreme and severe, that is incapable of supporting the sustained human occupation. However, the valley below the mountain is inhabited by Sherpas, who are known for their extraordinary skill in mountaineering.

The people living in the deep valley of Sagarmatha National Park were trades who led a semi-nomadic lifestyle in search for pastureland. Khumbu Valley, Nangpa Valley, and Gokyo Valley are some of the deep valleys in the park with Sherpa settlement.

What is the entry fee of Sagarmatha National Park?

You will need to pay a certain amount of fee for entering any conservation and protected areas and as Sagarmatha National Park is no different, here are the entry fee of the park.

For SAARC Nationals: NRs 1,500 per person

Also, since October 1, 2018, Khumbu Pasang Lhamu Rural Municipality of Solukhumbu has started levying the entry fee of NRs 2,00 on every foreigner entering the municipality instead of TIMS permit.

You can obtain the Sagarmatha National Park permit in the National Tourism Board, Bhrikutimandap, Kathmandu or at the entry point of the park, Monjo.

As of Khumbu Pasang Lhamu Rural Municipality fee, it should be deposited at Lukla Check Post.