Culture is the most striking part of any country in the world, which brews the ultimate value and way of life in its people. We celebrate our unique culture in our own way, through festivals, celebration, tradition, and yes, of course, there is food too.

Food is the major part of any country’s culture, that has been passed down to us from our ancestors. And Nepal has an array of traditional food with most authentic recipies that are centuries old.

However, Nepali foods are often lumped with mainly Indian and Chinese food which is not fair. Although they might share some similarities, the Nepali cuisines are as authentic and unique as they can be.

Being a Nepali myself and traveled a fair share of bit across the country, I have tasted foods which are not only unique but suprising as well. Another surprising part of Nepal food is that they are ethnically inspired, meaning every ethnic group of Nepal has its signature dish. Well, to find out about more Nepal food facts, keep up with this article.

-Dal, Bhat, and Tarkari (Lentils, Rice and Vegetables) is the main meal of Nepal, which is consumed twice a day, as lunch and dinner. The meal is often accompanied by different types of curry, chutney, salad, or papad. 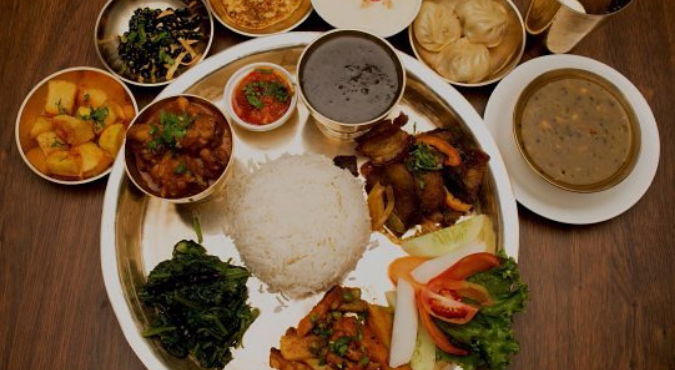 -However, as rice is mostly cultivated in the Terai region of Nepal and is quite scare in Hilly and the Himalayan region, food from barley, wheat, and millet is popular there.

-Although Dal, Bhat, and Tarkari is the main meal of Nepal, it is not the national food. Dhindo and Ghundruk is the national food of Nepal. Dhindo is the traditional food prepared from buckwheat, wheat, millet or corn flour. Its preparation is simple; boil water in a pan and add flour while continuously stirring the mix. Likewise, Ghundruk serves as a curry which is made by fermenting leafy green vegetables.

-There are over 100 different ethnic groups, and they have their own signature dish that represents them. For example, Newari Khaja set of Newar cuisine consists chhoyla, kachila and other; Dhikari of Tharu Cuisine; Wachipa of Rai cuisine; Thekuwa of Maithil ethnicity and so on.

-Another interesting Nepal foot fact is that Nepali brews alcoholic beverages by themselves in the home. Impressive, isn’t it? Not only they are pure, but they are also free of chemicals and works with just a few sip. Raksi is a popular alcoholic drink made in a rustic distillery and is important for various religious rituals and social events. Similarly, tongba and chhaang are equally popular in higher regions.

-The traditional way of eating food in Nepal is with bare hands using fingers and palm. The rules were strict in the old days when male members of family had to change clothes in dhoti before having meals. They would be served by females of family and eat sitting on the floor in sukul (mat made of haystack). Also, females, mainly wife and mother in the family eat at last after everyone is finished eating.

-Our caste and rituals determine the type of food we eat. For example, Brahmins are restricted to drink alcohol and meat; Rai is restricted to eat mutton, and so on. However, these rules aren’t so astute anymore, but in rural parts of Nepal, there are rigid Hindu families, who adhere to this traditional belief.

-You will not find any beef items cuisine in Nepal because Cow is worshipped the same as a god in Nepal and is also the national animal. Even asking for it can be taken offensively, so do not make that mistake in Nepal.

As mentioned above, it is the main food of Nepal eaten two times a day. It is a pretty heavy meal with a lot of carbohydrate and fat depending on the type of Tarkari (curry). Well, as Nepal is an agricultural country, our ancestors used to work hard on the field, and this type of food would give them a perfect diet.

Bhat (rice) remains in the dish, while the type of dal (lentil soup) and tarkari changes to have a different taste of food. Tarkari in Nepal is very spicy and oily. Dal, Bhat, and Tarkari will be the best dish to have if you are on trek.

Dhindo is the traditional dish of Nepal, which is served as the main meal in Nepal after Dal, Bhat, and Tarkari. It is eaten with varieties of curry, mainly meat and with chutney. The interesting thing about eating dhindo is, it is not eaten the same way as other foods. You have to make a small ball of it with one finger, dip it into curry and chutney and swallowed. Yes, you heard it right, dhindo is swallowed not chewed as it is made of millet it sticks between teeth.

Now, rotis are the very unique food of Nepal which are made on special occasions and festivals. It is a traditional homemade, sweet, ring-shaped bread made of rice flour with added flavors of milk, water, ghee, butter, cardamom and cloves as per personal choice. Rotis are special delicacy made mainly during the two greatest festivals of Nepal, Dashain, and Tihar. It is not just a food; it also represents Nepali culture and festivities and is also made in wedding, parties and other ceremonies. Finni roti is another popular roti made during festivals.

Newari cuisine is one of the popular food in Nepal, and amongst them too, Newari Khaja set is the beloved of many. It comprises an array of several savory items. 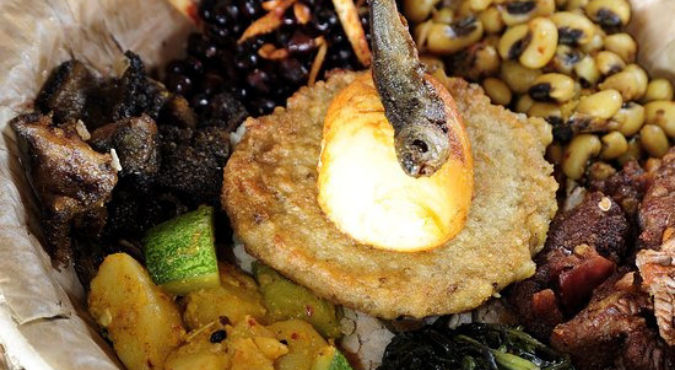 Juju Dhau, translated as “king curd”, is a very thick, creamy and sweetened yogurt served in impressive clay pots in Bhaktapur of Kathmandu Valley. Made of buffalo milk, juju dhau is very rich and savory in flavor and one of the much-loved dish by tourists. 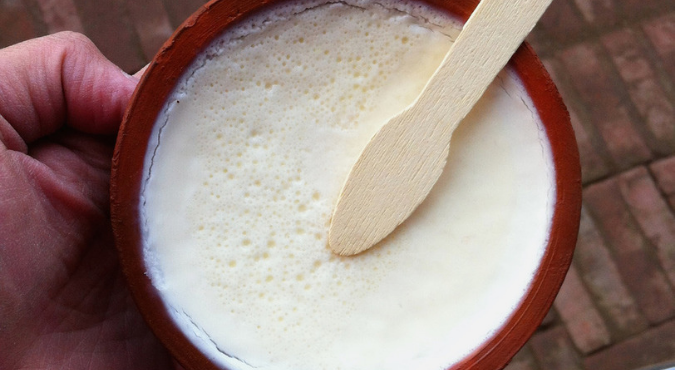 Yomari is a special delicacy of Newari community made only during the festival of Yomari Punhi in the month of December. Its preparation is like a dumpling with an external covering of rice flour and inner content of sweet substance like chaku with coconuts for flavor. 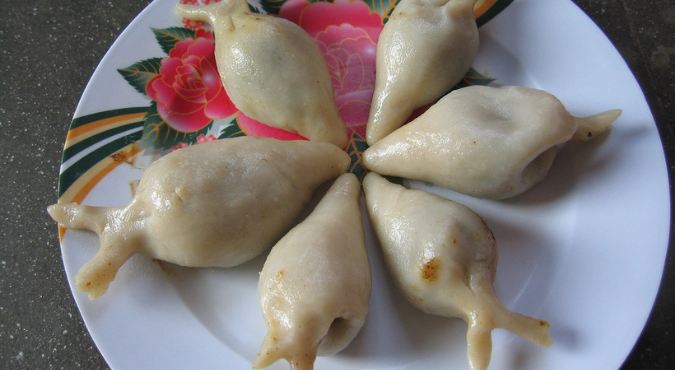 Yomari is a very important dish in Newar society and is an important part of Yomari Punhi. It is believed that the triangular shape of Yomari is a symbolical representation of one half of Shadkona, a symbol of Swaraswati and wisdom.

Chatamari is also referred to as “Nepali pizza”. It is a popular Newari dish and one of the favorite snack in Kathmandu Valley. It is a rice-flour crepe, cooked with various toppings like chopped onions, coriander, minced buff meat, egg, spices, chillis and so on. It is served in a round shape and is cut in slice just like a pizza.

Just like Chatamari is Nepali pizza, bara is “Nepali pancake”. It is a Newari snack made from a thick batter of black lentil. It is a very healthy and nutritious food, popularly made in Bhaktapur. It is a vegetarian dish unless you want the toppings of minced buff or egg.