Best Things to do in Chitwan National Park

Best Things to do in Chitwan National Park

Talking about the rich and varied biodiversity of Nepal, Chitwan National Park constitutes a fair share to the cause. With its wide exhibition of flora and fauna, the Park has become one of the major tourist attraction in Nepal. Not to forget the exclusive cultural practices of Tharu ethnicity followed from generations, that can be witnessed in Chitwan National Park.

Well, the pristine forest, home to an array of wildlife and vegetation and the distinctive Tharu culture within; the park offers a roller coaster ride of adventures activities.

Chitwan National Park is first National Park of Nepal, established in 1973. With the total coverage of 952.63 km2, the park showcases the natural ecosystem of Terai region of Nepal covering subtropical lowland, wedged between two east-west river valleys at the base of Siwalik range of outer Himalaya.

Bestowed with the title of World Heritage Site in 1984, Chitwan National Park is in the south-central Terai where it formerly extended over the foothills. The park bolsters rich flora and fauna and is home to one of the last population of one-horned rhinoceros and is the last of refuge of Bengal Tiger.

Things to do in Chitwan National Park

Chitwan National Park lies in a river valley basin comprised of cliffs on the south-facing clips and mosaic of riverine forest and grassland along river banks of the natural landscape. Now, wouldn’t it be a delight to go for a nature walk in Chitwan National Park?

Chitwan National Park has one of the highest concentration of birds in the world with around 600 recorded species of birds. Well, it won’t be wrong to say the park is a bird watcher’s paradise.

Keeping aside the resident birds of the park, there are about 160 migrating and vagrant species arriving in Chitwan during autumn season to spend winter here, and some of them includes eastern imperial eagle, greater spotted eagle, and Palla’s fish-eagle. Likewise, when winter ends, summer visitors arrive.

Through Jungle Safari, you can observe the best of Chitwan National Park. The wildlife diversity of the park is best spotted through jungle safari. Comprising 68 species of mammals and 56 species of herpetofauna, the park is no less a pool of wildlife-diversity.

Some other animals you can spot while Jungle Safari in Chitwan National Park are wild dogs, wild boars, hog deer, and Bengal foxes. So, be on your guard and watch out for the wild ones.

Chitwan National Park offers two options for jungle safari; jeep safari or elephant safari. You can go for either of these options as it suits.

Canoe Ride is a popular thing to do in Chitwan National Park. Visitors of the park usually take a canoe ride along the Rapti river to get a closer view of crocodiles and other wild animals.

It is an exciting ride while floating in the river to look at the crocodiles taking a sunbath in river banks. You can see the Marsh Mugger and Gharial crocodiles in their natural habitation in this ride.

Not only the crocodiles, other animals, and birds as well come in the river bank to drink the water. The peaceful ride in Rapti river taking you closer to crocodiles and giving a beautiful picturesque of the jungle is the main attraction of canoe ride in Chitwan National Park.

Village Tour is yet another popular thing to do in Chitwan National Park, which is equally favored and adored by visitors. As the park is nestled by the Tharu ethnicity of Nepal, touring around gives a memorable observation of their traditional and authentic lifestyle.

Although Tharu ethnicity resides along the entire length of the Terai plain area, it is mainly in Chitwan National Park, where you can witness their culture more than anywhere. They have been living in the park periphery for centuries adhering to ages-old culture and practice.

Their traditional house made of mud, grass, dung and day, hunting and fishing as a part of everyday life, their ethnic language and cuisine are some interesting parts of Tharu culture.

You can take a walk or take an ox-cart ride to discover the Tharu Village of Chitwan National Park.

Tharu Cultural Museum is popularly visited for it showcases the fair part of Tharu culture. There are historically and archeologically significant wall paintings that depict the general lifestyle and the birth, wedding, and death ceremonies of Tharu community.

It also tells about the civilization of the Tharu people. You can also see beautiful sculptures wearing Tharu dresses with traditional artifacts.

The museum is only about 2 km outside of the center of Sauraha, so you can walk there, or take a vehicle; the choice is yours. It remains opens every day from 8 AM – 5 PM.

Tharu Cultural Program is the best way to get entertained by any visitors of Chitwan National Park. Not only you will be introduced to the Tharu Culture and tradition; you will have fun watching too.

Ago Nach(Fire Dance), Danda Nach (Stick Dance) and Mayur Nach (Peacock Dance) are some popular highlights of the Tharu Cultural Program. Every day the program starts at 6 pm – 8 pm, or on-demand as well, which lasts for 45 minutes.

The cultural program is an endeavor for the socio-cultural and economic development of the Tharu community while protecting the environment at the same time.

Established in 1978, the Crocodile Breeding Center in Chitwan National Park bolsters the population of crocodiles. As the number of crocodiles are rapidly going down in recent years because of the threat from pollution and unsustainable mining practices, the center facilitates a lot in the conservation of this river-wildlife. 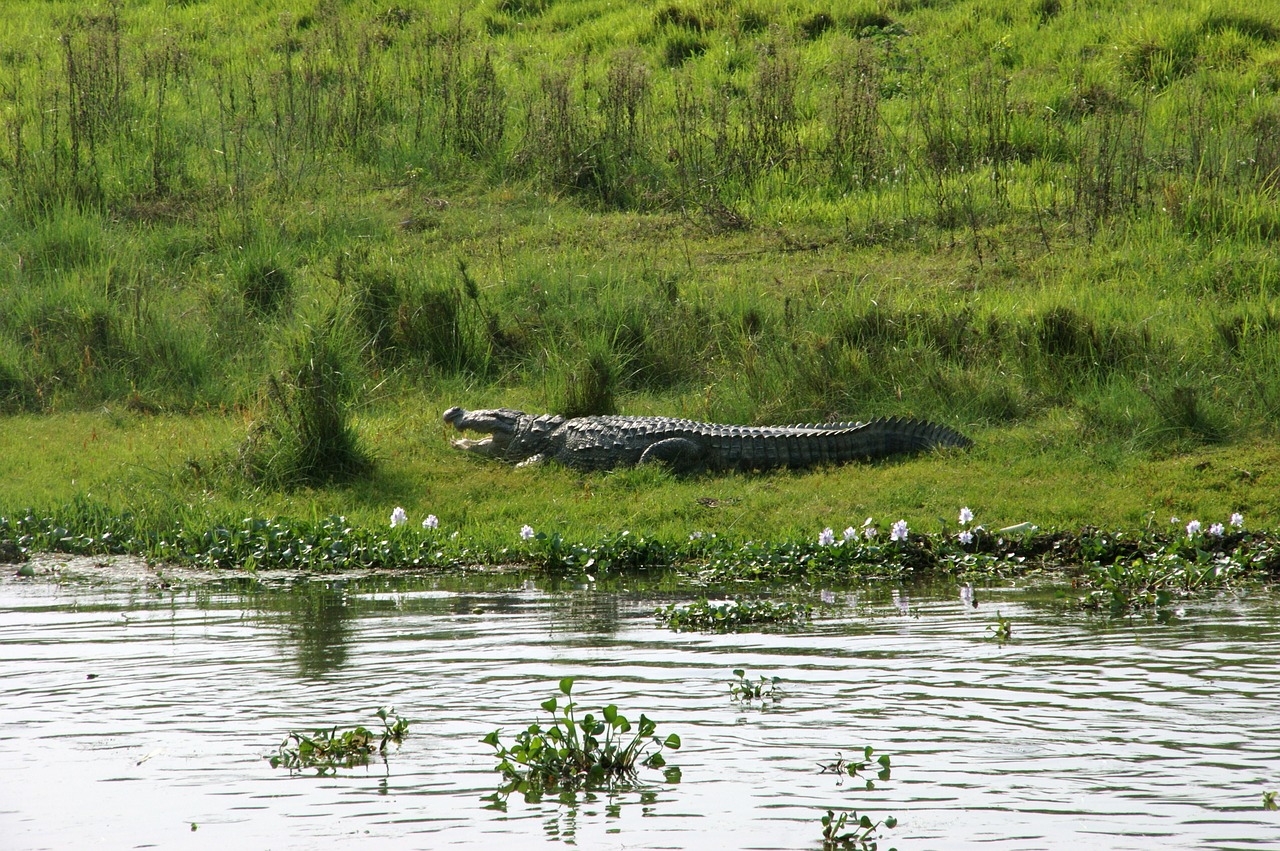 Moreover, out of total hatched crocodiles, only 50% live till adulthood, which has scaled-up the importance of center even more in wildlife conservation in Nepal.

The center collects eggs from nests in Rapti-Naratani river system and facilitates hatching if the nests face threats from the river. And, after the eggs hatched, they are released back in the river.

The Elephant Breeding Center was established in 1985 with only 14 female and six male elephants, and so far it has helped increase the population of elephant in a very significant number. Not only that, it's one of the two elephant breeding centers in the world.

Observe the elephants closely and their baby elephants, but do not get too near; they may take it as a threat and attack you.