Walk in the Various Destinations of Annapurna Treks

Walk in the Various Destinations of Annapurna Treks

Of many things Nepal has to offers, the shimmering range of mountains in the Himalayas is what captivates the people most, and their majestic beauty is obviously undeniable. It is quite astounding that Nepal homes eight out of fourteen tallest mountains in the world, and there is no wonder on the fact that Nepal is coveted by the adventure-junkies from around the world.

And talking of trekking in Nepal, there are several regions where lies the giant and mighty massifs, which has formed to be the trekking region in Nepal. Everest region, Annapurna region, and Langtang region are the three most popular trekking region. And amongst the three in the list, Annapurna region is the most favored one. Well, to beat the region (Everest) that has the tallest mountain the world, Annapurna definitely offers something special. 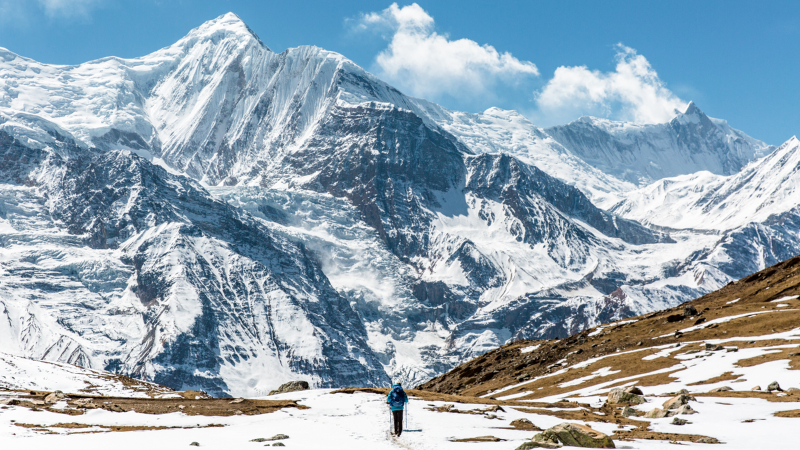 What allures the trekkers to embark for one of the Annapurna treks is the incredible 55 km Annapurna Massif that has one peak over 8,000 meters, thirteen over 7,000 meters and more than sixteen peaks over 6,000 meters.

All these peaks offer an extended number of routes towards one of the Annapurna Massif treks. As the treks initiate from the green and serene valley of Pokhara, the major tourists' destination of Nepal, tourists often scale towards the nearest trekking destination.

From the total trekkers in Nepal, about two-thirds visit Annapurna region. Forgetting the array of the incredible scenery that Annapurna treks offers, from high mountains to lowland villages, the accessibility and plentiful of guest houses throughout the trail acts as a plus-point to the reason. Also, as the entire area is inhabited, trekking in this part of Nepal offers unique cultural exposure and experience. 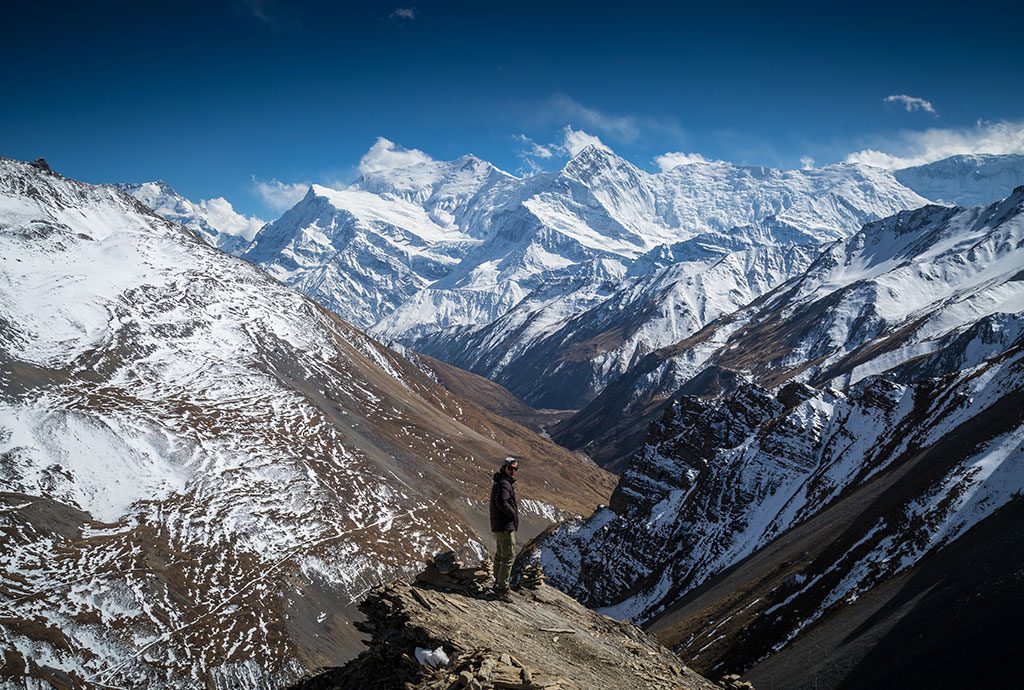 Located within the central mountain range of Nepal, Annapurna Circuit trek often gets voted as the best long trek in the world. Starting from Besisahar at 820 meters, the drastic change in landscape reaching Thorong La pass at 5,416 meters, the trek unveils the natural diversity at its best with the cultural variety from Hindu Village at low foothills to Tibetan-influenced in Manang Valley and Lower Mustang.

As the trek continues for least two weeks, where the highest elevation reached is Thorong La pass (5,416 meters), the difficulty in Annapurna Circuit is not be ignored. Challenging trails as the elevation is gained and altitude sickness makes Annapurna Circuit ideal journey for experienced and skilled trekkers. 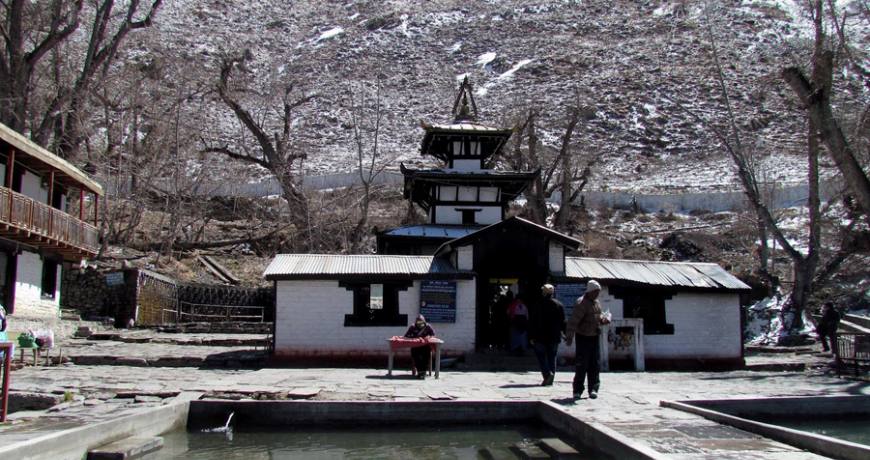 The windy valley of Jomsom and the sacred Muktinath; together, it is one of the best Annapurna Treks. The trek goes through the diverse landscape offering scenic view of Annapurna I, Dhaulagiri and Nilgiri amongst others and rich culture, offering a sneak peek to the traditional lifestyle of various ethnic groups.

The deepest gorge in the world, Kali Gandaki gorge craved by the soaring river of Kali Gandaki, which originated in the Tibetan plateau, eventually flowing into the Ganges in Nepal is one major highlight of this Annapurna Trek.

Likewise, Jomsom, inhabited by Tibetans and Thakalis exhibits ancient culture, traditional and lifestyle, living in a stone-made house, and depending on livestock and agriculture. The famous pilgrimage site of Muktinath, which is revered by Hindus as a sacred place of salvation and Buddhist as a place of meditation by Padmasambhava, is yet another best part of the trek.

The highest elevation reached in this trek is in Muktinath at 3,710 meters, and as the difficulty is moderate, Jomsom Muktinath trek can be embarked by beginners.

Letting you through the typical Himalayan villages nestled with the breathtaking background of Annapurna range Machhapuchhre, Gangapurna, Hiunchuli and other peaks, Annapurna Base Camp is among the best short Annapurna Treks.

For beginners trekkers, family and solo trek, the base camp trek is an ideal option. 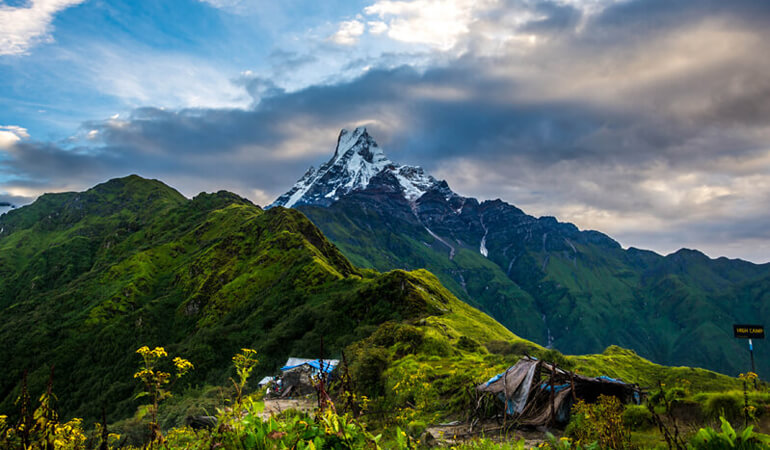 Although the Annapurna region is the most popular and most-walked, Mardi Himal trek welcomes a lesser number of trekkers compared to other Annapurna treks. It is an off-the-beaten-path trek, for those who want to have a peaceful trekking experience in the equally enticing setting.

The trek leads to the base camp of Mardi Himal, a least scaled trekking peak, through the serene and fresh trails of verdant forest, picturesque villages, distant valleys, terraced farms, roaring rivers and the grandeur of mountains including Annapurna, Manaslu, Dhaulagiri, Mardi, and Machhapuchre.

It is a short trek of only a week and an excellent short destination for trekking in Nepal. As the tea houses are ample and difficulty is low, Mardi Himal trek is perfect for escaping the solitariness of rich Himalayan beauty.

It is the easiest and popular trek in Nepal. Best for those who are short in time or looking a relatively easier journey in the foothills of Himalayas Poon Hill Ghorepani Trek is a popularly walked by nature-lovers.

The trek passes beneath the greatest Himalayan range, through the fascinating traditional village of Gurung ethnicity and lush rhododendron forest, while draped in magnificent mountains.

Poon Hill at 3,210 meters is one of the best viewpoints, from where you can witness the glorious view of sunrise and sunset amid some of the tallest mountains including Annapurna ranges, Dhaulagiri, Nilgiri, Varaha Sikhar, Lamjung, and Tukuche. Likewise, the villages en route like Ghandruk showcases a rich and unique culture of Gurung ethnicity. 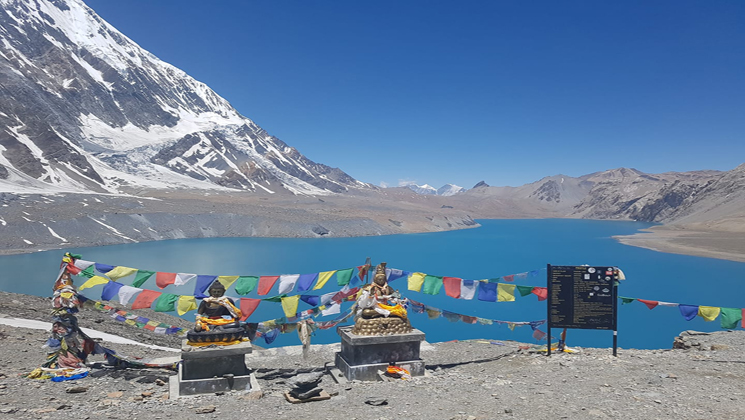 The glaring lake of Tilicho located at 4,919 meters is probably one of the most captivating views you will ever witness. Although the trek is a popular inclusion of Annapurna Circuit, the route towards Tilicho Lake is walked solely as well.

With the religious significance to Hindus, Tilicho Lake is equally popular amongst pilgrims, as it is to trekkers. Located in a most splendid setting amid mountains, surrounded by Tilicho Peak, Nilgiri, Muktinath Peak, the journey towards Tilicho Lake is worth walking on.

Not just the destination, the overall journey of Tilicho Lake is an overwhelming on with the grandeur of mountains likes Manaslu, Annapurna, Dhaulagiri, Machhapuchhre and others.

Nar-Phu valley is probably the least explored one amongst the Annapurna treks. People often understand Annapurna Circuit or Annapurna Base Camp, whenever Annapurna treks is mentioned; however, the distant and defining trek towards the Nar-Phu is catching attention for trekking in Nepal.

Nar-Phu is an isolated and hidden valley, which opened its gate to visitors only since 2002. So far its remote location has kept the Tibetan-influenced tradition and lifestyle of people intact. The trails are rather charming with interesting rock structures, land formations, and the diverse topography. As the people in this region adhere to Tibetan Buddhism, there are monasteries, chortens, gompa, prayer wheels, and prayer flags all along.

Nar-Phu valley trek follows the popular trekking of Annapurna Circuit, and from Kota, it goes north towards Nar-Phu valley. Walking in off-the-beaten-trail, you will witness the distinctive Tibetan culture, with the unobstructed view of mountains by your side.